What Supply Chain Lessons Can We Learn from Empty Shelves at LCBO Stores? 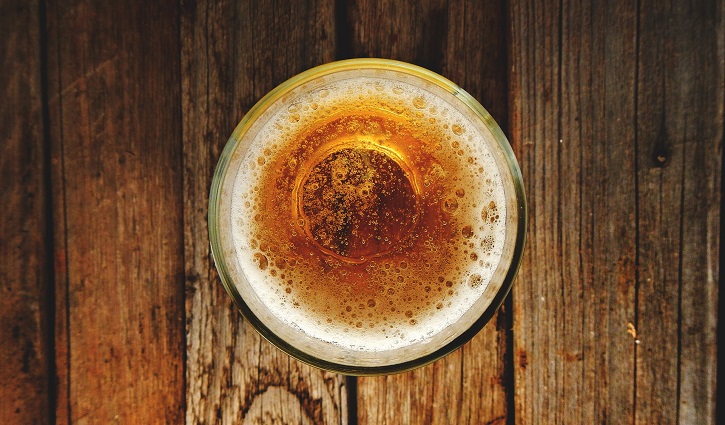 Right at the peak of the summer patio, BBQ and cottage season, empty shelves at LCBO stores are getting consumers up in arms. What Supply Chain lessons can be learned? Supply Chain failures make the news, but Supply Chain successes – the data, skill and strategy that keep billions of products humming into consumers’ hands – don’t. It’s a sad fact of life in the Supply Chain industry, that the moment when the concept of Supply Chain Management breaks into the wider public consciousness is often right at a moment when it breaks down, impacting consumers, threatening brands, and lowering trust.

From Target’s Supply Chain failures to last years’ panic over romaine lettuce, examples of Supply Chain snafus are all over the archives of the Argentus blog. It’s not about shaming, or “there but for the grace of my inventory plan go I.” We want to keep people informed about what’s happening in the industry. But more than that, we always want to dig a bit deeper and ask the question: as Supply Chain professionals, what lessons can we draw from these issues?

Time to add another one to the annals: the recent product shortage at LCBO stores in Ontario, which you might have heard about in outlets like CityNews, CTV, CBC, and BlogTO.

A few fast facts about the story:

In the days following the original reports, some more details have come out about the Supply Chain issues that led to these shortfalls.

It’s rare that you can point to specific Supply Chain issues behind these sorts of inventory shortages. It’s even rarer that you’ll find different players commenting publically on the factors behind a Supply Chain shortfall. But put aside the age-old tension between labour and management, in fact, put aside all casting of blame in general, what exactly does this issue say about the state of Supply Chain in the wider public consciousness? And what lessons can organizations learn?

First of all, one thing is very clear: the rise of social media has made Supply Chain issues more visible. In the past, empty shelves would affect consumer behavior, but had less impact on a brand’s overall perception. As this incident shows, customers won’t hesitate to take to Twitter and other social channels to voice their frustration with empty shelves. This can lead to knock-on brand impacts that companies didn’t have to worry about when shortages struck in an earlier era.

The LCBO is a Crown Agency, and – along with the Beer Store – they’re still the only, or biggest game in town for Ontario alcohol consumers. So the long-term effects of this issue should be limited:  the LCBO brand will be fine. And if it’s not, it’s supported by public funding and a strong position in the marketplace. But what is on the table is the possibility of privatizing the LCBO’s distribution, which Premier Doug Ford has discussed. This Supply Chain snafu will add fuel to that fire – before blowing over, as many of these issues do – but it’s worth stepping back to think constructively about lessons that organizations can take into their own Supply Chain functions.

Updating your Supply Chain technology is crucial to succeed in 2019, but timing and execution are everything.

Every organization recognizes the importance of these transformations – and if you don’t, you’re really behind. But it’s important to execute properly, and take the time to make things right. Make sure that any potential disruption will avoid peak season, and if a disruption seems inevitable, revisit your timetable.

Listen to people up and down your Supply Chain, and foster a culture of accountability and cross-functional communication.

This is easier said than done, but crucial. As observers, we’re working off limited information. But if it’s true that the LCBO management ignored feedback from frontline Supply Chain workers, that represents a failure to communicate up and down the Supply Chain and across silos. At the recent SCMA National Conference, breaking down silos was one of the major topics under discussion.  As Supply Chain Managers, we ask our front-line workers to be accountable, to suggest continuous improvements. We ask them to lead by example. If Managers and Directors are the brains of the Supply Chain operation, Warehouse Associates and Distribution Supervisors are the hands. If that hand is touching a hot stove and sending off pain signals, it makes sense to pull it away. It sounds like in this case – again, based on limited information – leadership failed to do that, in the interests of finishing the implementation.

Warehouse Management Systems provide major visibility into your distribution operation. But if the visibility is that the WMS itself isn’t ready for prime time, that’s something you should pay attention to.

But what do you think? Anything else to add? It’s one thing to say, “thank goodness our Supply Chain isn’t the one facing a bottleneck,” but are there any more lessons that organizations can take into their own business? Let us know in the comments!