Are Hyper-Specialized Shops the Future of Retail? 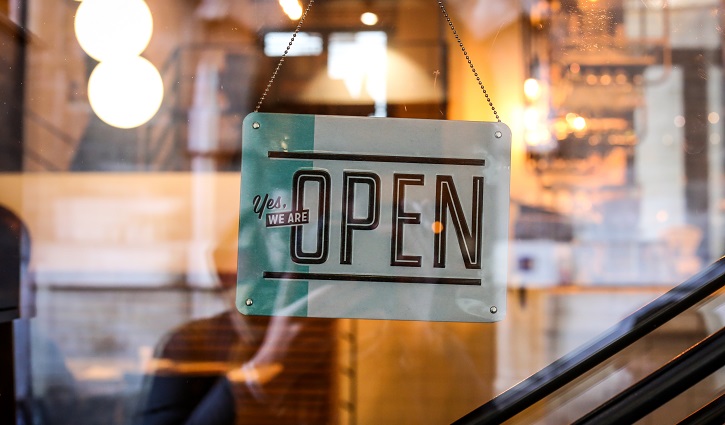 In the age of Amazon, the retail industry is in perpetual upheaval. Now, a niche model emerging in Europe could be a pathway forward.

Over the past eighteen months to two years, one industry we’ve chronicled quite a bit on the Argentus blog is retail. Everyone knows that eCommerce has transformed the retail industry as much as digital technologies have transformed any industry. Amazon and other eCommerce giants have driven some of the proverbial dinosaurs into extinction, and brick-and-mortar giants have had to adapt or perish. It’s been dubbed the “retail apocalypse,” the “retail meltdown,” and the “retail revolution.”

Whatever your preferred nomenclature, it’s clear that retail is changing, fast.

Of course, as we charted in our article about the “Retail Meltdown,” there are many factors beyond eCommerce that are transforming retail. Consumers – especially millennials – are choosing to spend more on restaurants and travel than traditional retail goods, opting for experiences over physical objects. For the first time in 2016, Americans spent more money in restaurants and bars than grocery stores. In addition, we’re probably seeing a market correction to the overzealous expansions of malls in the previous decades. Mall retail space grew at twice the rate of the U.S. population between 1970 and 2015, and visits to malls by consumers fell by 50% just between 2010 and 2013.

Consumer habits are changing beyond just a shift to online shopping, and retailers are beginning to explore some interesting innovations to capture this fickle consumer base. Some are even researching technologies to transform the retail experience completely.

We’ve written about the gradual diffusion of Augmented Reality (AR), with retailers seeking to develop AR apps to offer overlays to offer a new layer of information to the in-store shopping experience. For example, a customer could hold up an AR-enabled phone over a product to see online reviews, product specs and features, and more extra info that would offer a “hybrid” experience between brick-and-mortar and online shopping.

These technologies and others are still a ways away from mass adoption, but when you look at them, you see the future.

Now, a fascinating article in the Guardian examines another emerging retail model in Europe, and asks whether this might be the future of small business and brick and mortar retail in North America. This one is much lower tech, almost a throwback. It originates, and is thriving, in Berlin, which has a long history as a capital of business innovation:

Stores completely specialized in one good.

The article’s author, Philip Oltermann, profiled a number of hyper-specialized retailers in Berlin to understand why these stores seem to be thriving in the eCommerce era. He profiles a store specializing in selling ant farms – which has two dozen employees and a dedicated social media manager. The article also points to stores selling ukuleles, another selling buttons, another that only sells licorice, another, typewriters – all extremely niche goods without much of a margin or appeal to big-box retailers.

Oltermann digs into this model’s history, in postwar and Cold War-era Berlin, where cheap rents and nationalization of certain industries created an opening for niche stores specializing in goods long-neglected by big department stores. Some of the stores profiled have roots that go back 35 years. Others are much newer. But all are adopting radical specialization to thrive in a retail market that’s more challenging than ever before.

“Okay”, you might be saying, “this sounds like a mom and pop shoe store. Convince me that this is the retail model of the future.”

Well for one, these owners are more savvy and aware of retail trends than the generation of mom-and-pop stores that were made almost obsolete by big box, and later eCommerce. They’re developing more modern business models using social media and a mixed eCommerce approach, as well as modern design, to lure in customers who want to buy from someone who really understands the product. In other words, a more curated experience, backed by modern branding, social media, and eCommerce. A certain segment of consumers are looking for their “tribe.” They want to buy from a retailer who truly shares their passion, who can explain the finer points of a product, as well as where it comes from – in essence leveraging customers’ desires for experiences over physical goods.

Oltermann’s perspective is that this trend might be unique to Berlin and its historical circumstances (i.e. cheap rent), but that it might have relevance in North America. Direct-to-Consumer sales companies like Endy Sleep have grown through a relentless specialization in one product, in that case a mattress. Their model was so successful that they now run brick-and-mortar specialized stores to help support their eCommerce business. Other companies have succeeded by perfecting the Supply Chain for a specialized product line. It remains to be seen whether the same model can be successful using modern retail design and brick and mortar, but as Berlin has shown, the opportunity is there.

Specialization is often one of the stronger evolutionary strategies in nature. Maybe it’s the pathway forward in the dangerous wilds of today’s retail industry.

We encourage anyone following the retail industry to check out the article!